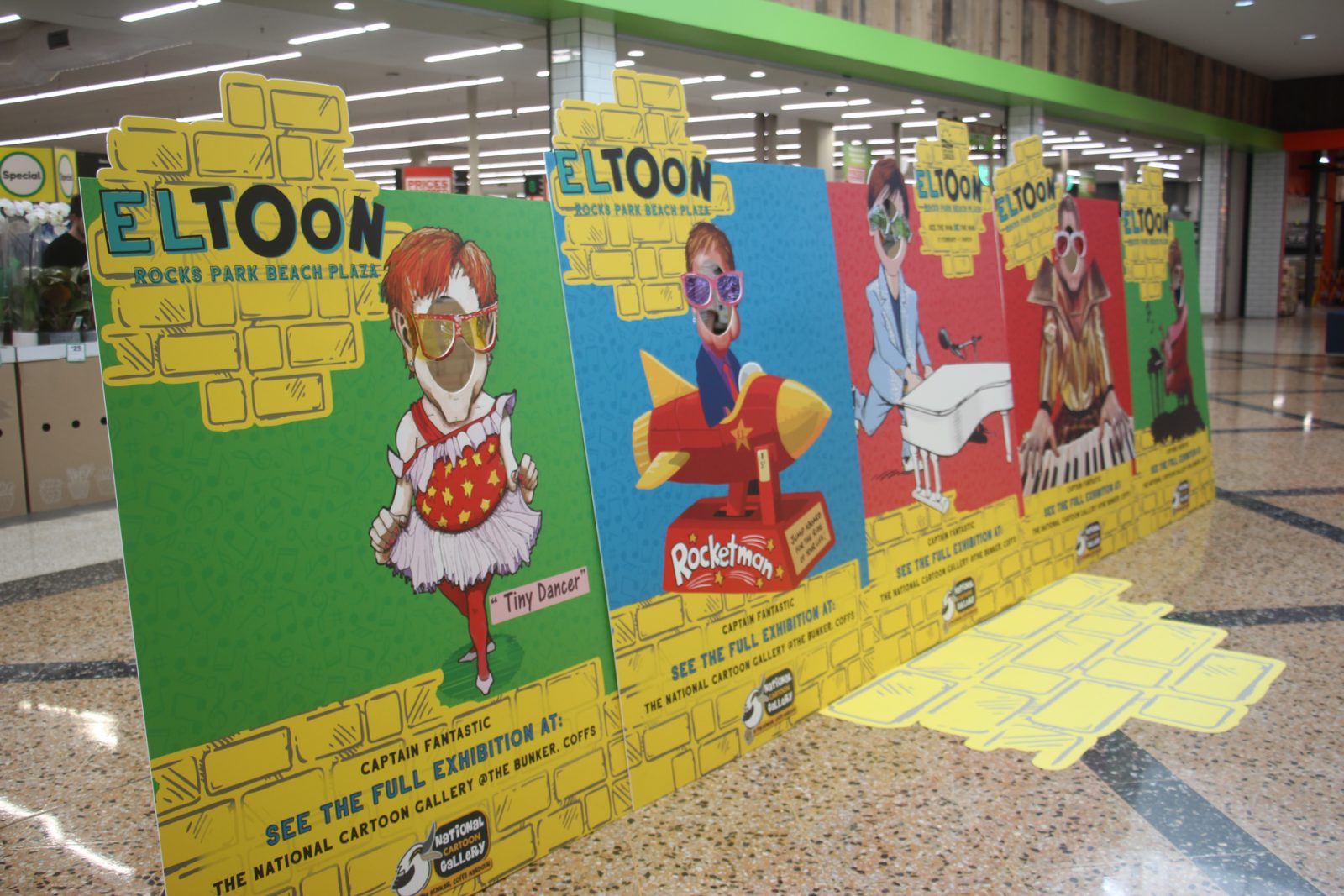 The National Cartoon Gallery had such a great response to the recent  Captain Fantastic Cartoon Competition we were approached by the Park Beach Plaza to do an installation of "Eltoons" in centre which put the gallery and our selected artists in the spotlight during the time Elton was on tour and passing through Coffs Harbour!

Life sized prints were created so shoppers could put their heads through capturing themselves as an Eltoon in photos as a memento.

The Coffs Harbour Airport also featured one of our Eltoons in the arrivals area and long time gallery supporter Steve Panozzo  spent 2 days in centre drawing shoppers and promoting the gallery.... AND we did a give-away in conjunction with the Park Beach Plaza, winners received 2 x tickets to see Elton in Coffs Harbour, Kindly donated by Carole and Graham Locket.

The Captain Fantastic Cartoon Competition and all the off shoots and collaborations that come with it were such a great success and a heap of fun. The gallery thanks all our artists and other contributors for getting involved!

Sorry my images have no people in them! But please check them out by clicking through the gallery below...