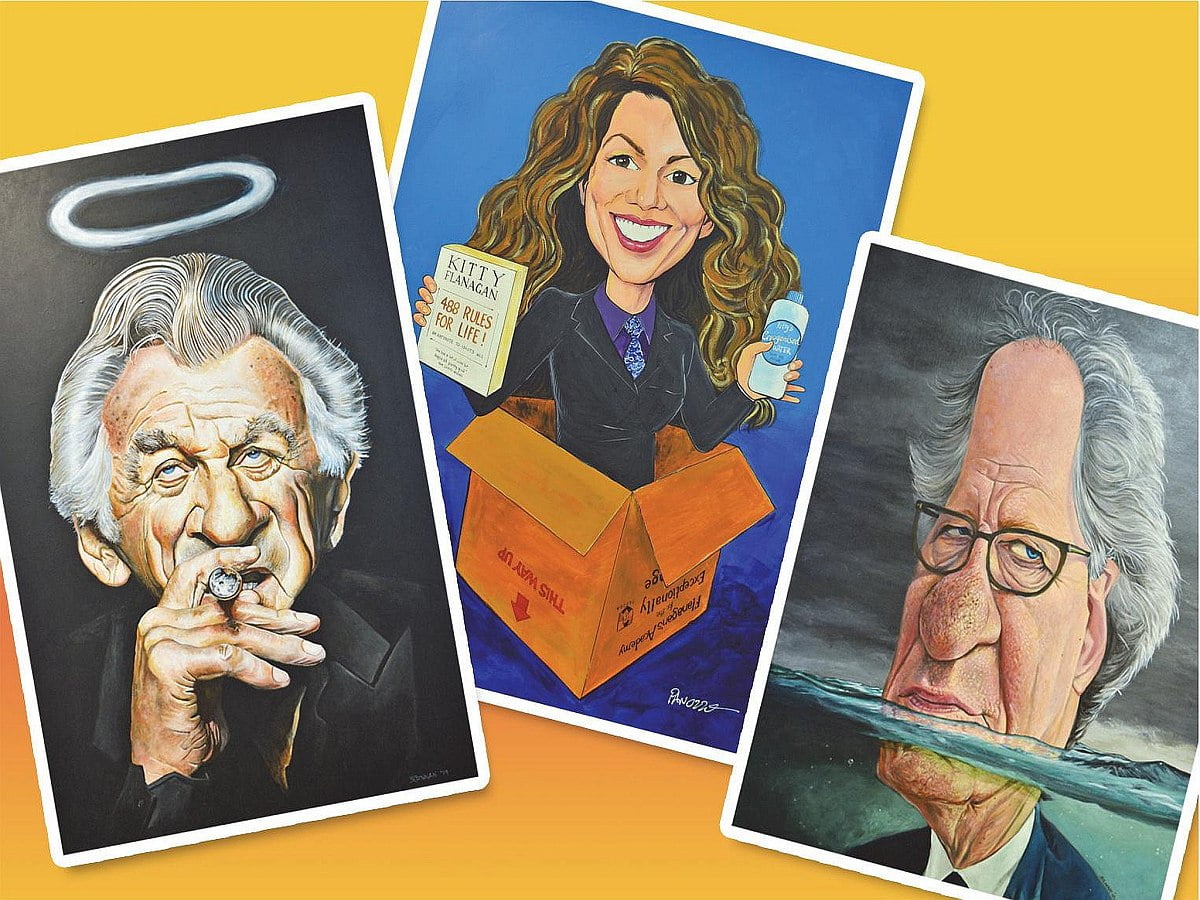 We missed it last year, but now it’s back…the most talked about exhibition in any year makes its return to the National Cartoon Gallery.

The Bald Archy Prize was founded in 1994 in a small village outside Gundagai, by experienced arts administrator and successful theatre director, the late Peter Batey OAM, as part of an arts festival named the Coolac Festival of Fun, to avoid discrimination by those afraid of a cultural image.

It has been regarded as something of an embarrassing country-cousin by some of Australia’s more ‘upper- crust’ arts families made up of Gallery Advisory Committees, self-appointed arts journalists, amateur bloggers, pseudo-intellectual socialites and third-rate artists.

Founder of the extremely popular annual art event, the late Peter Batey OAM, described them as “the great over-washed arts snobs who wallow in their own ignorance.”

“We couldn’t possibly have those nasty, vulgar paintings in our lovely gallery,” they sneer, noses pointed upwards.

That is, until they are faced with it–and then the hands go up in horror. There is a bad smell in the room! How come?

They haven’t been told that it is permissible to laugh out loud in an art gallery, to actually communicate with a stranger, to be challenged by a current political or social scandal or simply have a thoroughly entertaining time.

“We have been challenged by this problem for a very long time,” Batey said. “Quite obviously the wowsers, religious maniacs and prudes are an unmovable force, but it is the art snobs who are depriving thousands of people through their censorship of access to this very Australian event.”

“It’s a slow process, chipping away at this stupid prejudice,” Peter told us, “but suddenly, as in life, out of nowhere came an extraordinary opportunity to help us on our way.”

For the unaware, the Bald Archy Prize is a spoof of the more serious Archibald Prize and calls for comic and satiric portraits of Australian celebrities, politicians, sportspeople and other prominent personalities.

The Archibald is judged by members of the Board of the Art Gallery of NSW, whereas the Bald Archy judge is a lone sulphur-crested cockatoo named Maude, who claims knowledge of fine art equal to those fine ladies and gentlemen. This has never been refuted by them and has resulted in an astute Sydney art journalist commenting “It takes eleven galahs to judge the Archibald but only one cockatoo to judge the Bald Archy.”

Come and see for yourself just how irreverent the Bald Archy exhibition can be!